We are starting the new decade with a celebration as our Head, Richard Foster will be 16 on the 29th February.  Still young at heart Richard enjoys joining in with the children’s activities and never misses an opportunity to take part in their sport or drama.

Keeping with tradition, we will hold the Bardolph Cup U13 Rugby 7s Tournament, now in its 55th year, on our pitches on the 3rd March.  I am sure many of you will remember this great occasion whether you were a player or spectator.  We have won the competition six times over the years, in 1968, 78, 84, 2010, 15 and 16; a few of the winning teams are in the photos below.  Please share any photos you may have of the other teams, we would love to see them. All are welcome to join us at this year’s competition; details are below in the Events Calendar. 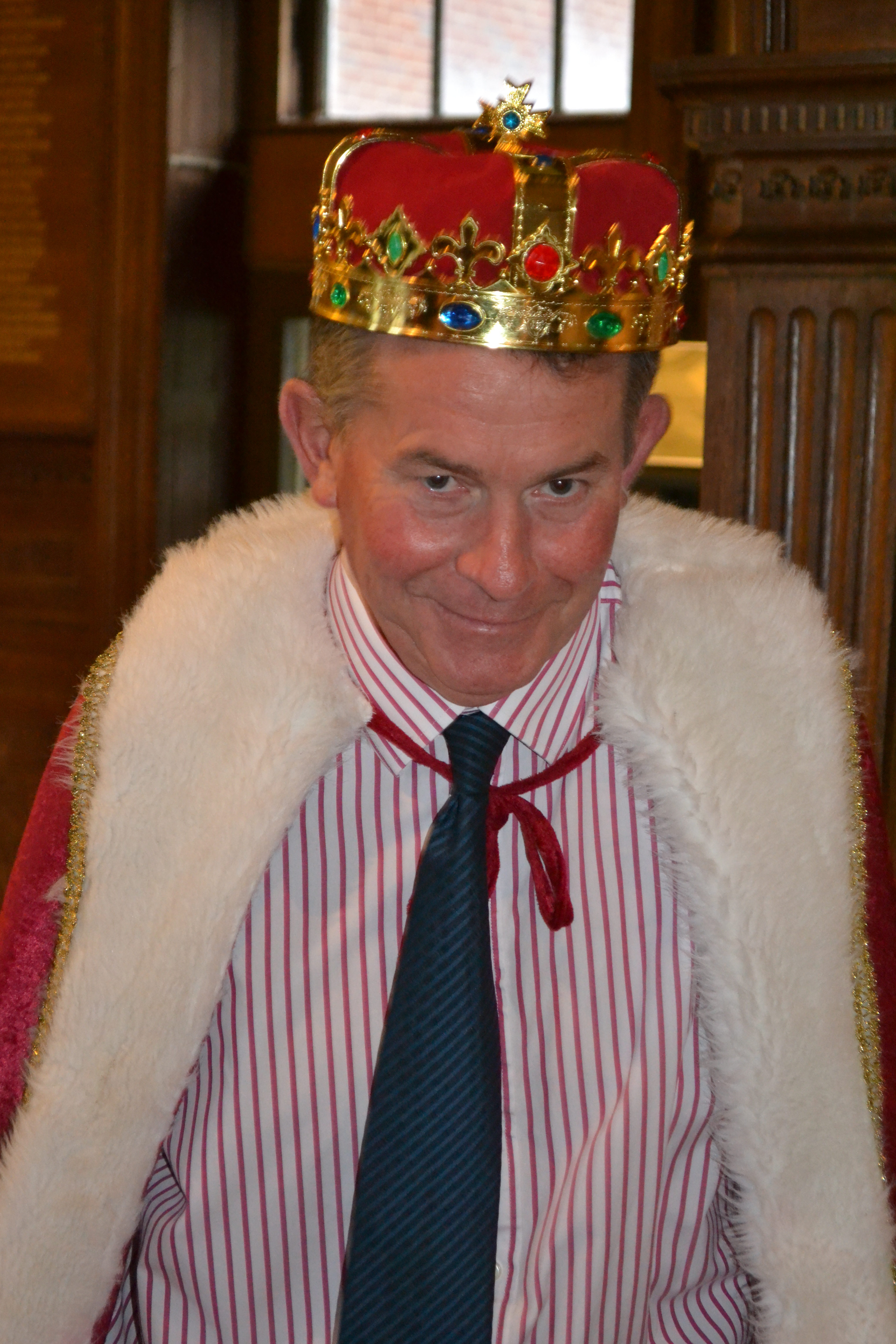 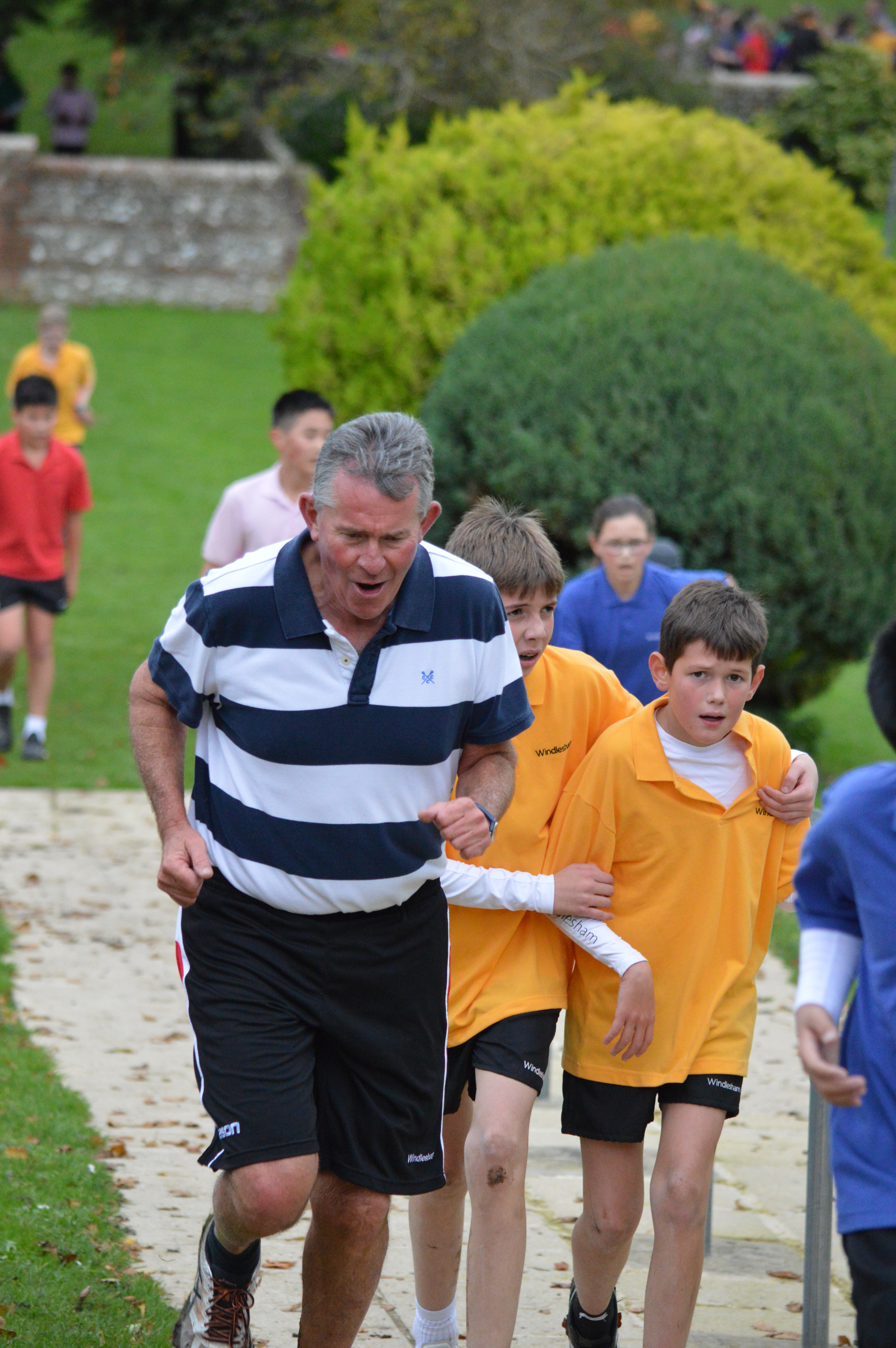 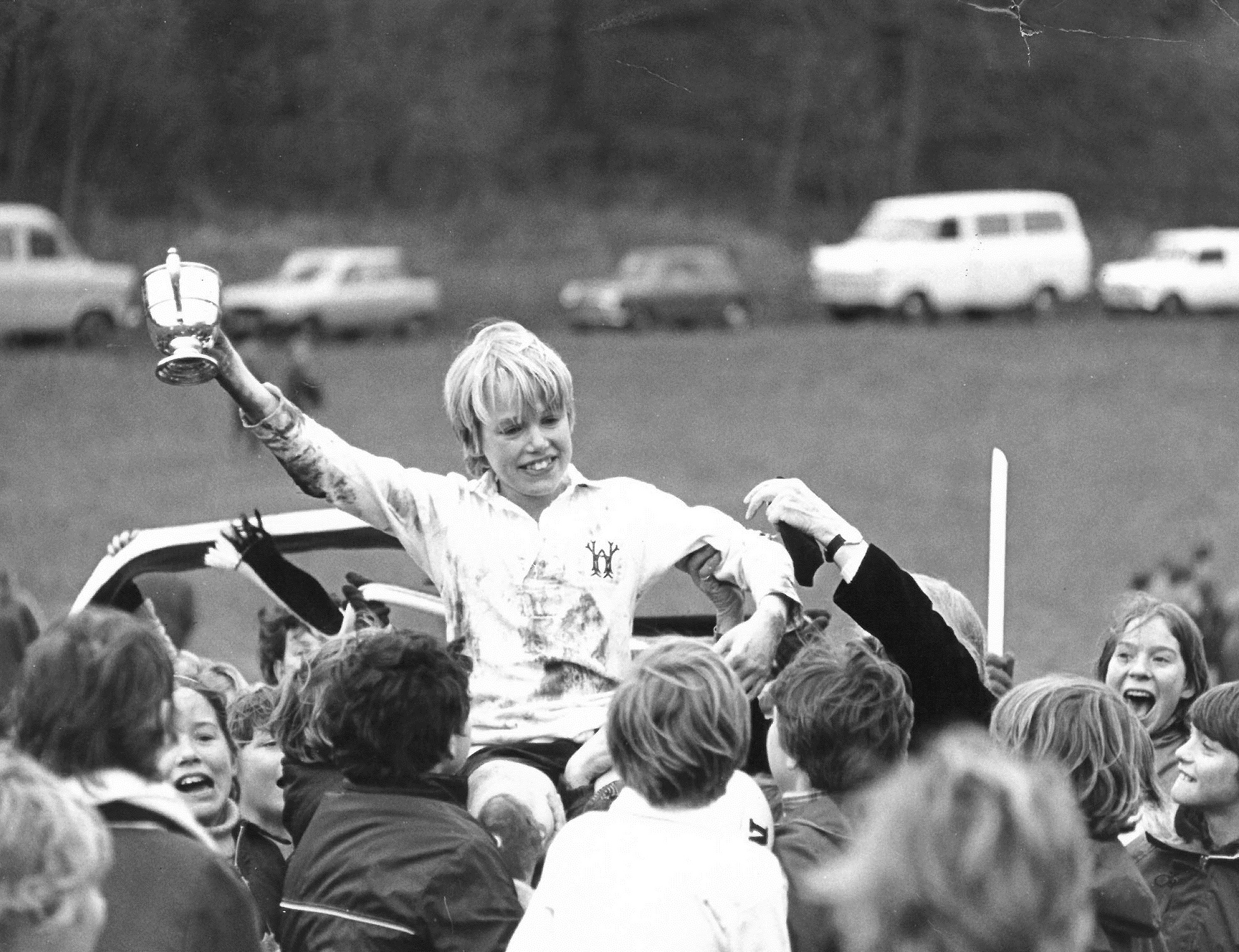 Thank you and farewell to Lottie Knight, Headmaster's Secretary since 2005.  Lottie is retiring at the end of the academic year to spend more time enjoying life and her twin grandchildren

OWL '15 success for Henry Worsley who has been offered a place at Oxford to read Medieval History and Italian, and Myles Dismont-Robinson who has been awarded a place at the University of Pennsylvania. Connie Winn-Taylor has secured an offer to study History and Spanish from Murray Edwards College, Cambridge.

Snowboarding achievement for Charlie Lane (OWL'19) who has been training in Canada to be the youngest European to land a double back on snow.

Windlesham is going greener and we have recently won our first award for recycling 14,803kg, thus saving 23 trees and 16,606kg of CO saved. Part of the joy of writing our school’s WWI history in chronological order, told through the eyes of our old boys, is that I am able to include additional fascinating stories about the survivors of those five years of conflict. Our school memorial shows 65 OWLs who died in the Great War (I have found nine to be missing from that list) but I have also researched the war experiences of more than 300 others, many of whom were wounded, gassed, or decorated for acts of bravery.

I have just finished researching a story that is quite literally at the heart (and slightly to the left) of Windlesham’s soul.

It begins by illustrating the character of the school’s wartime headmistress, Mrs Charles (the first). Windlesham had an impeccable record of sending boys to the Navy but one boy, Adam Ferguson, the youngest of three WHS brothers, had failed his interview. To cut a long story short, Mrs Charles drove to Whitehall and refused to leave until she had spoken to the Admiral in charge of the exam board. To his amazement, this unfortunate man found himself broadsided by our erstwhile head, as she extolled the boy’s virtues as a potential officer and bluntly told the Navy they had “got it wrong”. The Admiral promptly ran down his colours and admitted the 13-year-old into the Royal Naval College. He went on to become became the Navy’s heavyweight boxing champion.

Adam first saw his action as a Lieutenant in HMS Medea engaging German destroyers off the Belgian coast in 1916 and his service was rewarded with the command of HMS Amazon. But then personal disaster struck. On a dark night in February 1918 he failed to properly challenge three vessels which turned out to have been German destroyers escaping from a successful raid on the Dover Patrol. He was court-martialled and initially given a severe reprimand, but Admiral Roger Keyes felt this sentence was too light and had him stripped of command.

Just before St George’s Day 1918, Keyes dreamt up a way of preventing German U-Boats from accessing the channel by blocking their entrance harbours. The audacious Zeebrugge Raid was born and Keyes decided that Adam’s failure had been due to “lack of experience rather than want of courage” and made him First Lieutenant of HMS Vindictive.

The flotilla sailed on the night of 23 April. Vindictive’s job was to come alongside the mole (sea wall) of the harbour and land a battalion of Royal Marines to destroy the German gun positions while three obsolete cruisers sailed into the mouth of the harbour and scuttled themselves as blockships.

An unfortunate wind-change meant that Vindictive came out of the prepared smoke screen much earlier than expected and she was attacked with the full force of the German defences. Adam was said to have led “a gilded life” as he struggled with a steel hawser trying to moor the ship against the mole in difficult seas with bullets flying around him. The Marines who disembarked suffered horrific losses.

The raid was only a partial success but its impact on morale at a time when the Germans were winning daily victories on the Western Front was worth its weight in gold. Adam, the boy the Navy had not wanted, was considered for the Victoria Cross (though in the end the award only went to Vindictive’s captain).

When you next enter chapel, look ahead (and slightly to the left) and you’ll see a white ensign hanging on the wall. It once flew in HMS Medea and it was Adam who gave it to us for safe keeping in 1921. When an American School Boy in England Heard About JFK
by Eric Gibson (OWL'66)  the Journal's Leisure and Arts editor-
The Wall Street Journal dated November 12, 2013

When an American Schoolboy in England Heard about JFK; I was thoroughly immersed in British boarding-school life—until news of the assassination arrived

"Do you remember where you were when JFK was shot?"—the famous question, destined to be asked as long as there are baby boomers around to answer it.

On Nov. 22, 1963, I was 10, and in my third year at a British boarding school, my father's job having moved our family from New York to London in 1960. Three-plus years after our move, I had become so cut off from the United States that the place I once called home was now a distant, unfamiliar country, my sense of national identity virtually nil. President Kennedy's death would, for a time, change that.

The school, Windlesham House, catered to boy’s ages 7 to 13. It was (and is still) located in rural West Sussex, the epitome of England's green and pleasant land. To recall that time is to conjure up a vanished world. We went by our surnames, saw our parents rarely and communicated with them only by letter. There was no phone, TV or radio. Corporal punishment was still on the books, and Windlesham didn't spare the rod—or in our case The Strap, a thick strip of leather that inflicted a searing, shattering pain. The authority of the Masters—teachers—was absolute. "There’s not to reason why," wasn't just a line from Tennyson, it was our watchword. It could have been carved over the front door.
In my second year, I had joined the choir. And so it was that on that fateful November day, I and some two dozen other boys were in the school chapel, finishing our evening rehearsal for the coming Christmas-carol service. The choirmaster had just called time when a boy named Brewer, a few years ahead of the school’s star athlete, shouted up to him in the organ loft that President Kennedy had been shot and killed in an open car in Dallas.

We were stunned. The news tore open our West Sussex cocoon, thrusting President Kennedy and America into the centre of our lives and reconnecting me, suddenly and brutally, with home. The president. Killed in broad daylight. How could this be?
To read the full article click here 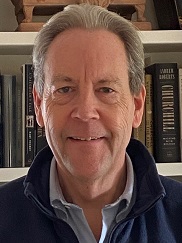 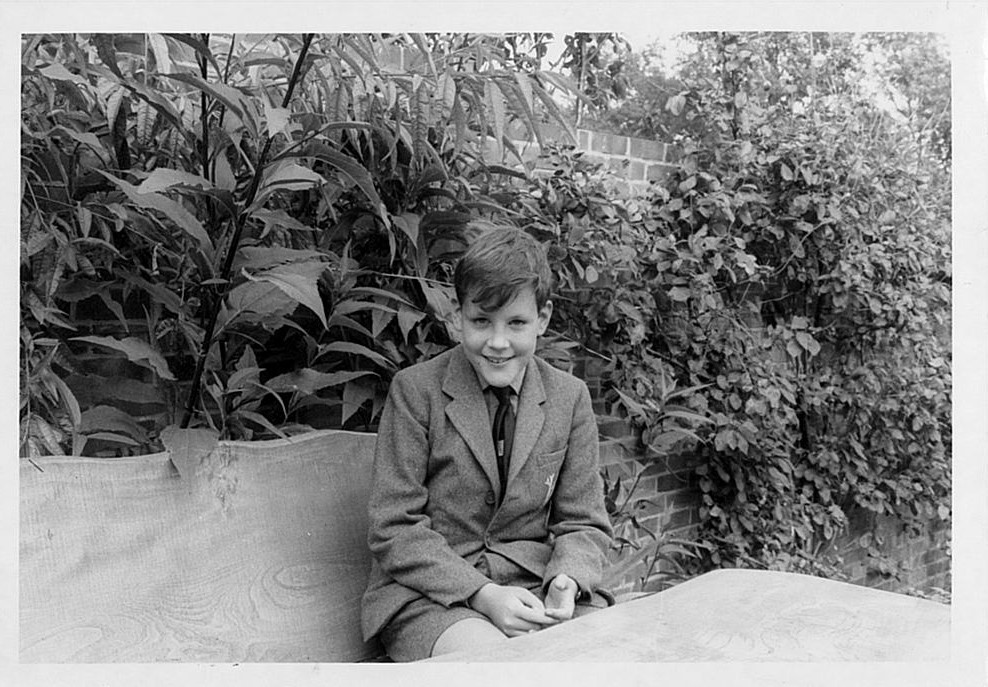 Isabella contacted us about her new online collective, Wondering People - providing a growing audience of art gatherers with artworks from emerging artists.

“Over the past six months, I have been creating an online art collective called Wondering People with my close friend and business partner Sophie Merrell. Having spent almost every waking moment thinking about it, we are thrilled to announce the launch of the website www.wonderingpeople.com. (coming soon)

We have thoughtfully selected a collection of original and editioned works created by emerging artists, makers and photographers, which we believe makes us stand out from the ordinary art gallery. Our collection continues to grow as we discover artists at degree shows, on social media platforms and by word-of-mouth.

The works on our website have been chosen according to our own tastes and styles. We are passionate about our collection and we truly believe in the talent of our artists. Our aim is to support and develop our artists’ careers through online sales, exhibitions, events and collaborations. We aim to make artwork more accessible to those looking to build up their collection of art by offering affordable prices.

Our first London exhibition is going to be on September 4th - 6th 2020 with the private view on Friday 4th".

Please support Isabella’s new venture and visit: www.wonderingpeople.com  (which launches on 5th March 2020), or pop along to the London exhibition in September and follow her on Instagram: @wondering.people
Good luck from all at Windlesham!

Refurbishment of our Stained Glass

This lovely Chapel, at the centre of Windlesham, has been moved 3 times during its life.  The stained glass windows on the left, which are exposed to the elements, now require refurbishment at a cost of £36k. We are hoping our alumni can assist us raise this amount to repair our beautiful windows.

The Chapel is 123 years old and it would be nice to know it will survive another 123 years for future Windlesham families to enjoy. For more information click here﻿ Are you looking for work experience to help with your future career?  We are offering an internship to join us in the Marketing Department at Windlesham.  Are you good at writing, social media, assisting with the alumni network, if so why not contact us.

If you are interested, please email us your CV.  There is no salary attached to this opportunity, however, we may be able to cover travel expenses and there would be free lunch during the term time.

We have now set up our own OWLs Linked In page and would encourage you to connect with us on it so that we can increase the networking opportunities for the OWL community.Click here﻿