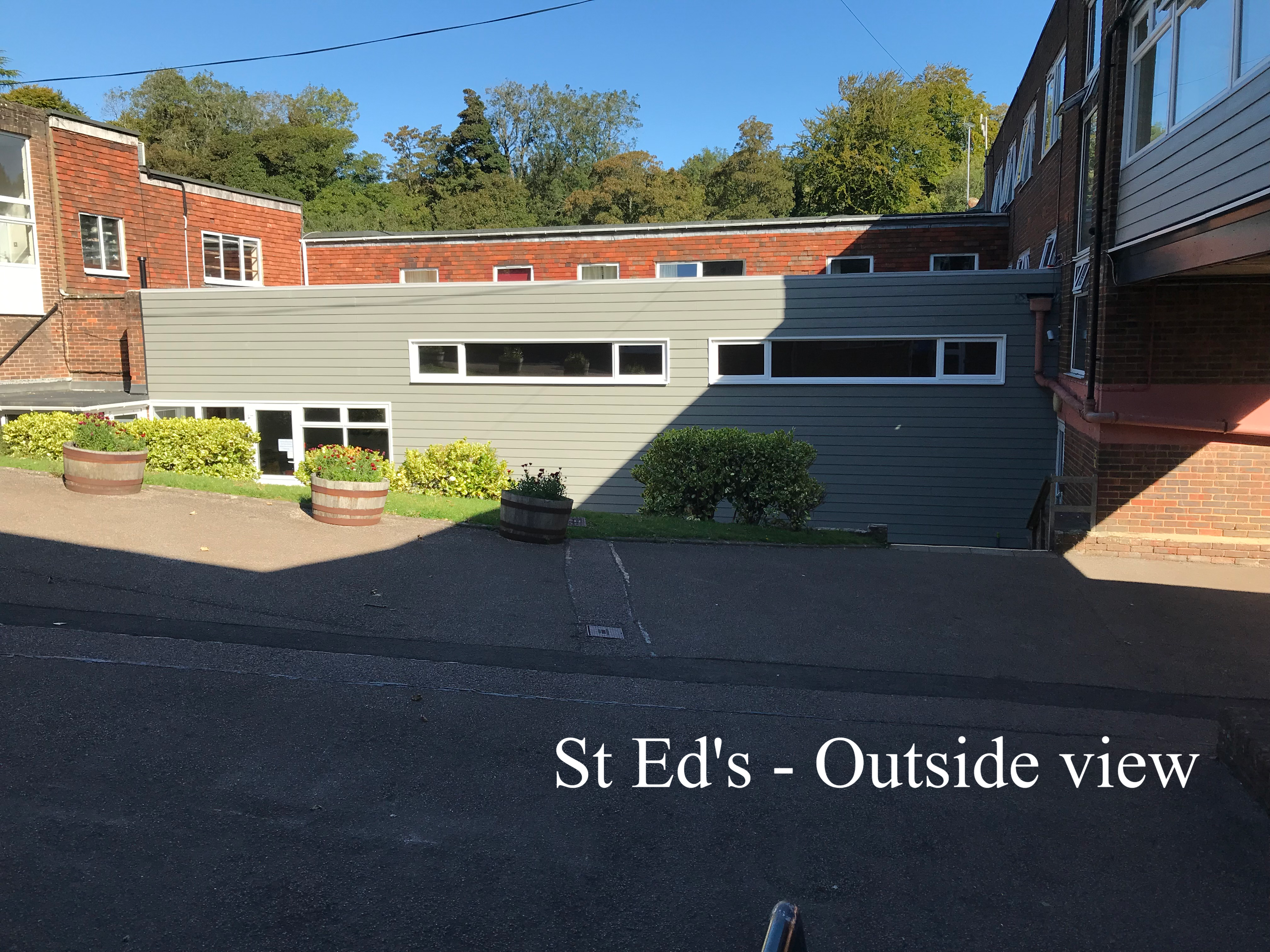 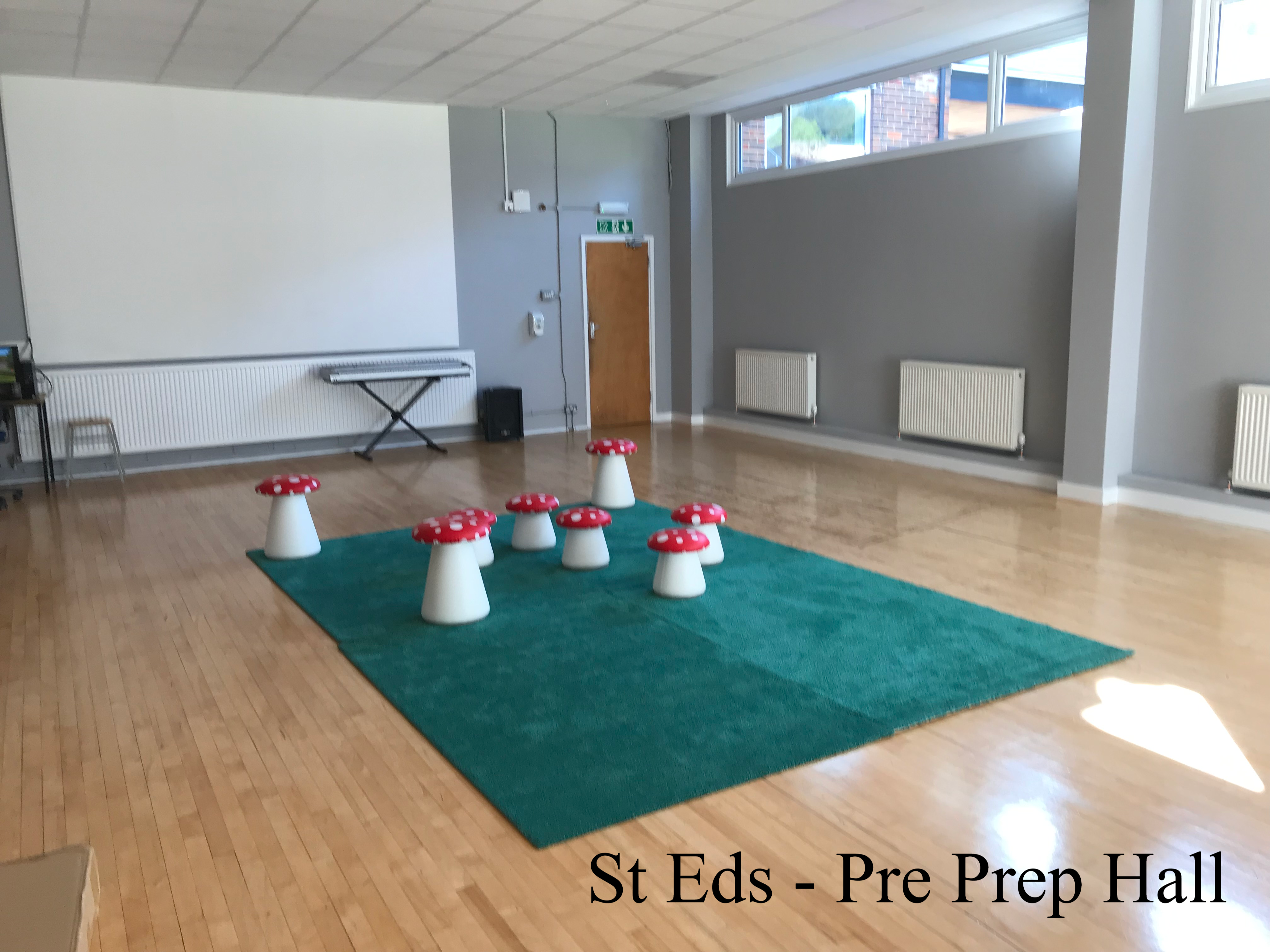 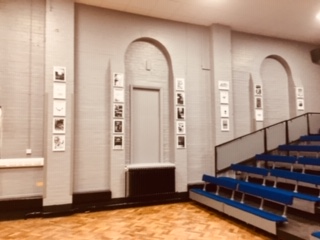 NEW Part-time Boarding Options for the first time at Windlesham we are now offering Junior Part-time Boarding.  From the  6's to the 3's you can now board two to three nights per week. Another example of us evolving to suit the modern family dynamics. To see more details visit: www.windlesham.com

Farewell to Gill King  who has been a first a parent and then a teacher here since 1995. She is finally hanging up her games kit and library card and retiring.

Straight A*s (11 between them) for Christopher Albertyn, Heather Burrows and Ella George (OWLs'14), all have just left Brighon College.  Christopher is going to read medicine at Oxford, Heather is taking a gap year and Ella is going to Cambridge to study History.

Congratulations to Douglas Moody-Stuart (OWL '82) and former parent who is now our new Chair of Govenors.

Welcome to our New Governor, Sarah Wickens, also a past parent

and thank you to Adam Perry former Chair of Governors and Neil Chisman, former Governor, both also past parents who stepped down this summer.

Common Entrance Success at Windlesham in 2019.  We had the best ever CE results and the most Scholarships, obtaining 29 in total in a variety of subjects.

Congratulations to Jackie Riley (parent to Gabriella (OWL'13) and Scarlett (OWL'19), who has been made the CEO of the charity Project Harar

Duke of Edinburgh Gold has been awarded to Holly Barsham (OWL'11).  Congratulations Holly.

Well Done to Thom Evans (OWL' 98) who is appearing with his rugby mates in Celebrity X Factor, in the Group Tri Star.  They have made it through the 2nd 'live' show week

Lost Boys of Windlesham Book - Update
Exciting times here at Lost Boys HQ.  The writing of Windlesham’s wartime history is now firmly under way and I have been fortunate to have tracked down many of our old boys’ family members, who have inundated me with diaries, letters, photographs and artefacts relating to the school’s wartime alumni – among them a blood-soaked pocketbook, which saved the life of one of our more fortunate OWLs by stopping a bullet aimed at his heart.

I have recently completed an interactive map showing the graves and memorials worldwide of Windlesham’s WWI fallen which I hope to make available to you all online soon.  Often thought of as a war of trenches in France and Flanders, the map reveals the extent to which the Great War was a global conflict, with Windlesham graves fanning out to the eastern battlegrounds of Gallipoli and Mesopotamia (roughly modern Iraq) and as far south as the lonely grave of Lieutenant Guy Reid of the King’s African Rifles in German East Africa (roughly modern Tanzania).
Our most remote casualty was actually Lieutenant Gordon Gray, who was on HMS Good Hope, when she was destroyed by the German cruiser Scharnhorst in the darkness of the Battle of the Coronel (off Chile) with the loss of all 926 officers and men.  His official place of commemoration on the map is the Portsmouth Naval Memorial.

Zooming into the Western Front we can see how closely the graves mirror the scar of the trench line.  Those buried further west generally died of wounds in hospitals.  The graves to the east and further south are often those of the men who took part in the Great Retreat of 1914 before the French and British armies were able to stop the German advance in the ‘Miracle of the Marne’.

We will shortly be launching a facility to pre-order the book, but in the meantime please register your interest by emailing Lee Haines (lhaines@windlesham.com). You can also follow my progress at facebook, WHSLostBoys.
Tom Pearson-Chisman, Military Historian and Author (WHS 1978-83) Roger J Cooper (OWL '63)
Windlesham and Beyond
After leaving Windlesham, I went to Stowe, then University in Mexico City to study Chemical Engineering, followed by San Diego, California to study Physics and Chemistry.  I started work as a research chemist, andReunion OWLs '14

It was a pleasure to see so many of our OWLs 2014 return to school at the end of August to enjoy a Curry Night Reunion.  Lots of interesting news about the next steps in their journeys. Many are going on to universities, some enjoying a gap year traveling and I heard mention that one young man is off to France to take a course in cocktail making!  That's what we like about our alumni, lots of variety. To view all the photos visit our website.﻿
I retired from my position, running the Western Hemisphere Investment Bank for JP Morgan Chase in 1995.  After which I did my PhD work in Linguistic Anthropology (Maya Hieroglyphic Writing) in SUNY, Albany.

I have been Chairman, for the past 30 years, of a group of charities that takes care of the mentally handicapped/autistic, (Residential, Transportation, Advocacy, Trust, Therapeutic Equestrian, Visual and Performing Arts, etc., with a US$20 MM budget and 2,500 individuals). I also Chair the Finance committee and am on the Board of Governors of the University of New Haven in Connecticut, USA.  I also, with one partner, produce theatre off-Broadway and Broadway/West End shows achieving 18 Tony nominations and 9 Olivier nominations.

I am proud to announce that in May 2019 I received an Honorary Doctorate from the University of New Haven for my life's work in Arts and Sciences.  My wife, Sandi, of 40 years sadly passed away in June 2010.  I am now remarried to Anne Martin, in June 2018, and have two sons and two grandchildren. We divide our time between homes in the US, Canada,  the UK and Mexico.

I have had a fulfilling and successful career and life since leaving Windlesham and hope I can offer inspiration to all.  Anything is possible if you have the drive and ambition.
by Roger Cooper It was a pleasure to see so many of our OWLs 2014 return to school at the end of August to enjoy a Curry Night Reunion.  Lots of interesting news about the next steps in their journeys. Many are going on to universities, some enjoying a gap year traveling and I heard mention that one young man is off to France to take a course in cocktail making!  That's what we like about our alumni, lots of variety. To view all the photos visit our website. Over 30 pupils from the leavers 2009 met up with us in London for their 10 year reunion.  Many hadn't seen each other since leaving Windlesham aged 12/13 years old, so there was much news to catch up with.

It was interesting to hear the different career paths our alumni have taken and good to see the Windlesham spirit still thriving within the group. To see more photos visit our website. In 1995 we were lucky enough to employ the services of Mrs King who came to Windlesham to be a Games and PE Teacher. During her tenure at school, she has taught all the girls' games: hockey, netball, football, rounders,tennis athletics. . For 10 years she taught the children from reception right through to the 1's, enjoying seeing them progress their sporting ability from the ages of 4 to 13.

Both of Gills’ children, Catherine (OWL ’01) an A&E Registrar in Brighton and William (OWL’03) who lectures in politics and history at Exeter University, came to Windlesham, so Gill enjoyed being a parent here too.

In latter years, she has added to her job description by becoming the school Librarian and has also undertaken the mammoth task of School Archivist, helping to reorganise over 180 years of various fascinating artefacts. Gill is also helping Tom Pearson-Chisman (OWL ‘84) a War Historian and Writer, gathering personal data about our Lost Boys of WW1 to be published as a book next year. This she is very kindly continuing in her free time until the publication is finished.

After 24 years dedication to WHS , Gill is finally hanging up her hockey stick and enjoying retirement with her fiancé, Steve. They are both keen golfers, enjoy sailing , walking gardening and travel. We would like to wish them good health and happiness and look forward to seeing the wedding photos next May. This video was made by the pupils to show everyone what Windlesham is like as a Prep School. Although it was filmed back in the early 2000's, it could have been filmed yesterday. More...