Summer time and the living is easy at Windlesham. Our fabulous grounds are strewn with boys and girls playing cricket. You can see from the photos that the traditional 'whites' are still worn, although a little more comfortable that the original ones of the 1800s.
Once again, we have broken our scholarship record with a current total of 29!  Common Entrance exams are all done, so it's time to relax and make the most of the exciting opportunities ahead and enjoy the rest of the Summer Term.

Congratulations to Kitty Clements (OWL'15), she has been made Head Girl at Cranleigh from September 2019

Good Luck to Ed and Hattie Lyddon, Head of Boys Boarding.  They are leaving us at the end of term and heading off to Sandroyd

Farewell to John Marriott, Head of Classics and Director of Studies.  Good luck to John who leaves us in July to go to Belhaven, Scotland

Well done to Carolyn and Flo Margaroli (OWL'11) who raised in excess of 6k for charity when they ran in this year's London Marathon.

A Prize from Cranleigh for Lucy Wyatt (OWL'17) who was the first to win the new award, Junior Leadership. This prize reflects leadership qualities displayed in all areas of the school.

The Montreal Canadian Hockey Team has just 'signed' Uyi Isokpan (OWL'18) as their new goal keeper.  He will be representing the u14 Canadian National Team in October.

More news about the book Tom Pearson-Chisman is writing about our lost boys.  Please follow his book-writing journey on the Lost Boys of Windlesham Facebook page  Pre orders for the book will be available soon - we will keep you posted.

Photo below: Henry Charles Malden, son of the founder and HM of the school from 1855 to 1888, with a few of the early crop of Windlesham pupils. 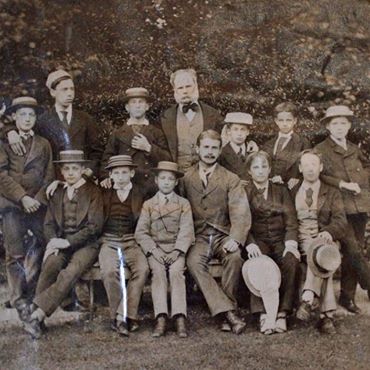 I entered Windlesham House School 64 years ago and thus my recollections are not complete and may be somewhat random. I was a pupil at Windlesham for five years, until being driven down the drive on my last day and I was able to pull my OW tie up to my neck as we left the gates at the bottom of the drive. I was not totally unfamiliar with Windlesham when I arrived, as my father had been there as a boy from 1916 until 1921 and my brother from 1948 until 1953.

I have lovely memories of Windlesham. Somehow the weather was always bright and warm even in the winter. The grounds were very commodious and the playing fields stretched down to the gate on the A24. There were orchards and rose gardens and sufficient room for several football or rugby pitches in the winter and two cricket pitches in the summer. I particularly remember the football pitch because I was goalkeeper for the 1st XI and we were beaten 10-0 by Brambletye. The centre forward, who scored most of the goals, I later discovered was called Hugh Whitlock and I met him again the following year when he was the head of our houseroom at Haileybury.
(To read more of Malcolms memories please visit: www.windleshamalumni.com) 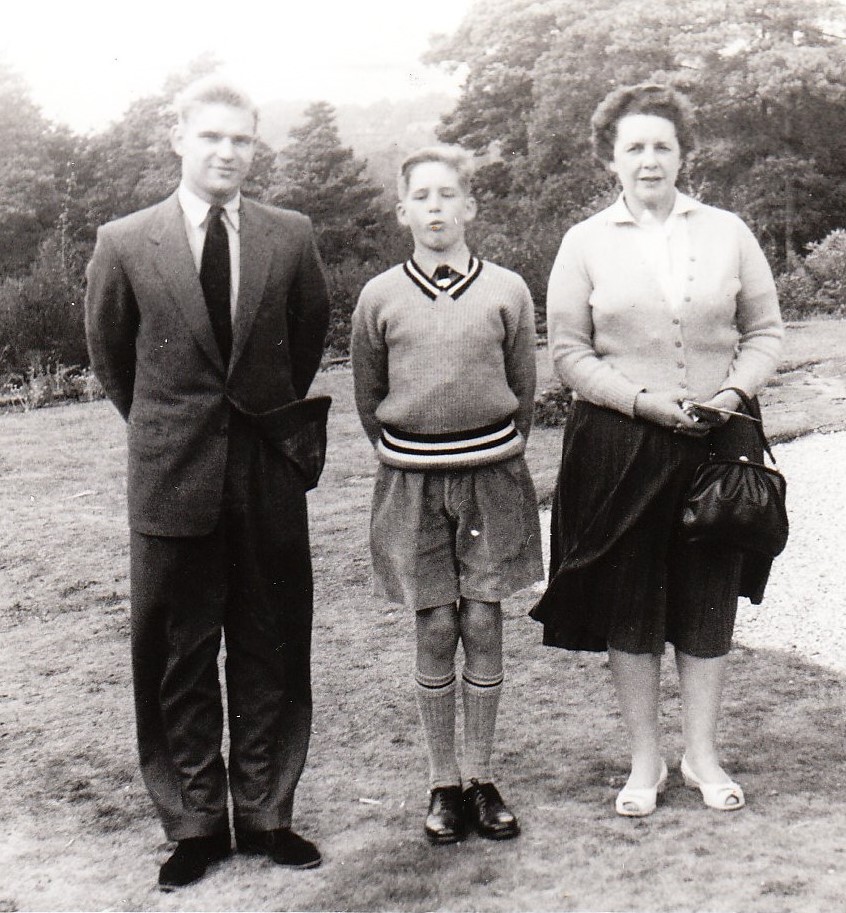 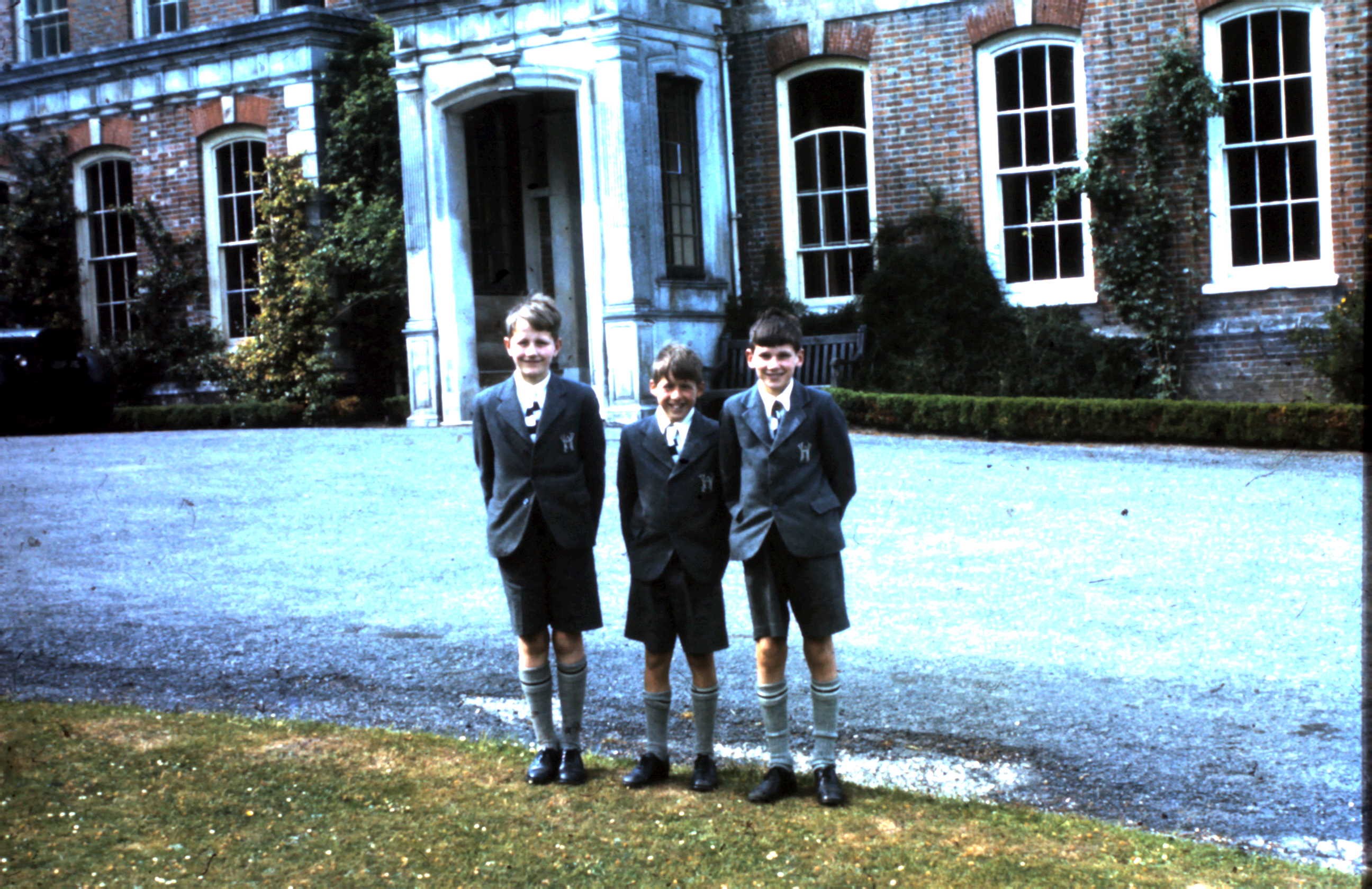 At 5 years old Tom knew he wanted to kitesurf, and eventually at the age of 7 his parents, also kitesurfers, started to teach him.

Now at the young age of 16 Tom has just been signed to the Naish International team.  Naish is one of the leading brands in kitesurfing with a legend waterman Robby Naish from Hawaii at its helm! This is truly a dream come true for Tom and the start of a professional kitesurfing career.

Tom is also part of a new initiative, Team Europe, one of 6 young riders who recently went to Tarifa to train and film with their new coach, who is a 3x world champion in his own right.  Tom is then off to Maui to compete, and back out to the States in the summer for competition and film making all with the support of Naish.

The entire Windlesham community wish Tom much success and look forward to following his kitesurfing journey.

Passing Out at Sandhurst at the Commissioning Ball in April 2019

Congratulations Jack who is now a 2nd Lieutenant in the Coldstream Guards.  Great that so many Windlesham Boys went to see him Pass Out.

Wonder   Happiness   Space to be children

The six sentences are the values we are now embedding throughout the school and we feel these do say whom we are! These values are incorporated into our daily work and over time, we hope they will become part of our language as a school. You will start to see these values embedded in our culture, which will be communicated using our strapline 'Wonder.  Happiness.  Space to be children'.

A Tree Planting Ceremony was held at Windlesham in memory of Belen Jordana (OWL'12) who died in a tragic accident in Salamanca, Spain in  2017.  All of her family, and many Windlesham friends and staff gathered to remember Belen 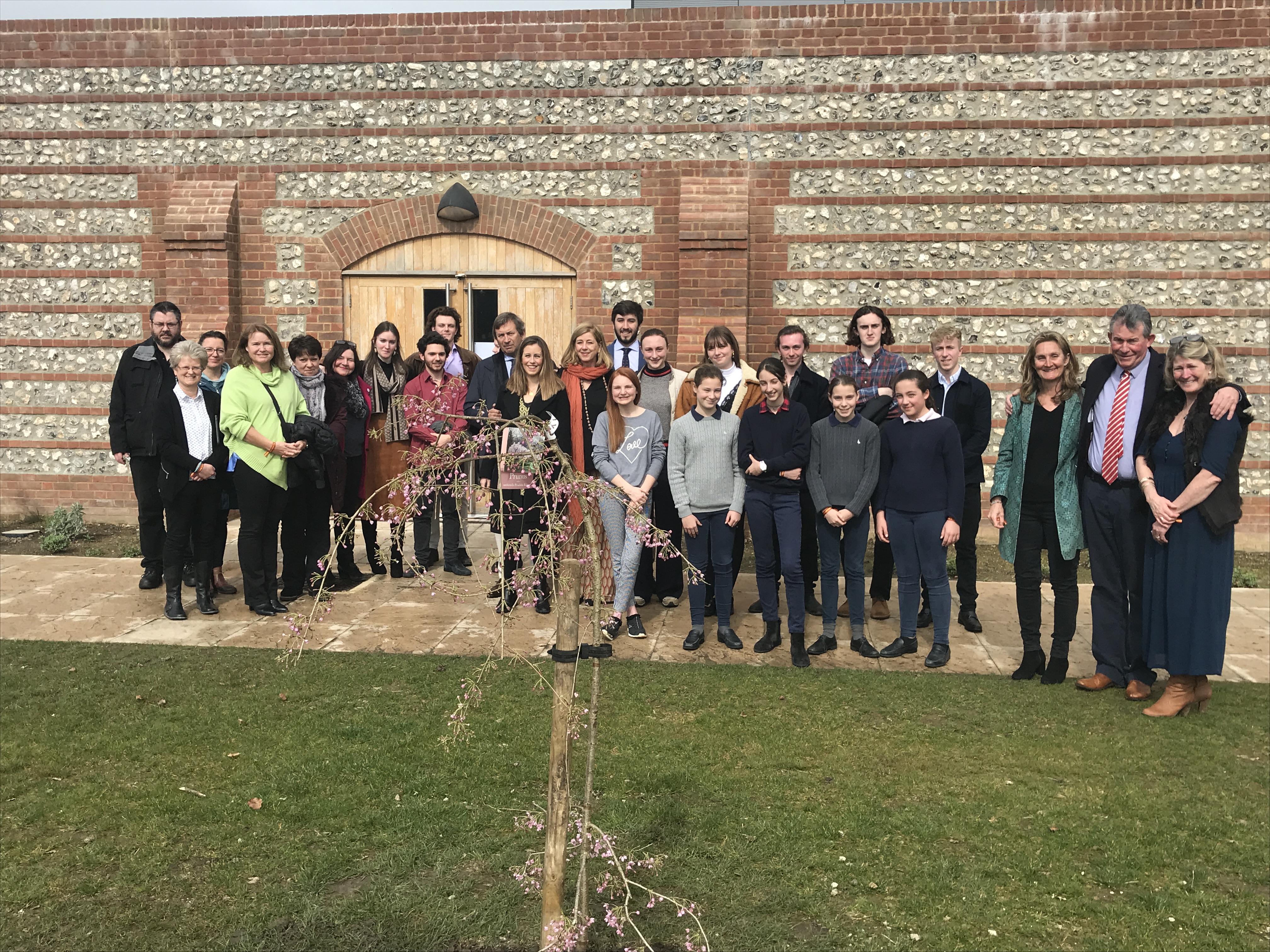 1981-2018, 100 years since the end of the First World War and we would like to remember all the Windlesham boys who lost their lives during this confl… More...